I’ve been quite overwhelmed, but I’m learning to manage things.

I begin my new job next week at our local community college and I’m very excited because it’s my first step to become an English professor/ published writer. I know starting a new position as a writing tutor may not make sense right now, yet I’m positive it will open the doors to new opportunities.

I was grateful enough to present my short story at Southeast Asian Union’s first open mic last month. I met one of their members at OutLoud SB’s reading and she invited me. It was not exactly what I expected. These undergraduates were extremely talented by all means; however, the restaurant where it was being held was packed with people watching the Laker game, etc.. It made it difficult to hear because of all the chatter. Even with the SAU’s open mic hosts asking them to be courteous of presenters, many didn’t express their mannerisms. Instead, drunk students were obnoxiously shouting while playing some beer game and others were straight up disrespectful. 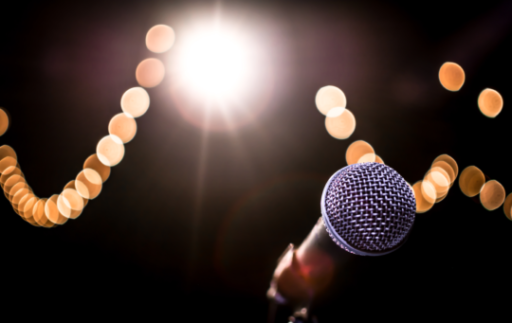 So every presenter had the challenge to read their works fighting against the noise level. When it came to my turn, I tried my best not drown in distraction. I performed my piece like everyone in that room was watching. It was great practice because in the real world some people don’t care. They just don’t! I remember singing at CSUCI’s Student Union (it was my job for a year and a half) and for a while after every song NOBODY clapped. I thought to myself, do I suck? I later learned I did not suck, it was just that nobody cared.

Anyway, the SAU of UCSB deserved better, but despite that I had fun. I was obviously the oldest one there,  yet they didn’t care. I’m the one who cared. Ha!

Earlier this week, I received THE email. The email from Outloud SB tha

t my short story “My Mexican Name”- sometimes called “My Chicana Name,” was selected for their March 24th reading! This short story that was rejected by my own alma mater, I will NEVER let them forget that, will have its purpose. I think it’s the best story to share, as I officially introduce myself to the Santa Barbara writing community.

I’ve also been trying to finish the 5th Harry Potter book, but an old co-worker of mine told me to slow down because there are only seven books! She’s right.