For today’s Creative Writing Sunday, I thought I’d share the piece I read at the UCSB Southeast Asian open mic night this past Thursday. It’s a revisited work from my undergraduate Capstone project.  It is a fiction/nonfiction piece about my early introduction with nationality versus ethnicity. 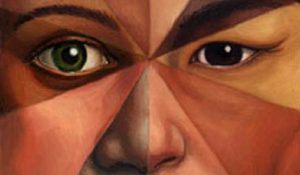 It was the Mestizaje of natives, Africans, and Spanish that created the new race entitled Mexican, but all I saw when I looked into the mirror was a young Mexican girl. I thought being Mexican was my one and only ethnicity. Going to a predominantly white elementary school never let me forget that. As a fourth grader at Feather Flower Elementary, I was constantly teased for being ugly. “Ha! You like Stephanie!” my white classmates would say as they pointed at their friend and then to me. I felt my cheeks burning from embarrassment. Every day I stared at myself in the mirror and thought I’m not that ugly right? I’m not as ugly as those new Mexican girls that just transferred. At Least I was born here. Don’t worry Karma, had those thoughts in mind when she came around because one day a classmate began teasing me calling me an immigrant.

I was stunned and confused, but what could have I said back to her? Did she even know how loaded that word was? Did she hear her parents say it? I was absolutely quiet for the remaining of that day until my mom picked me up from school. Then, I cried like I was in pain. It was a pain I’ve never felt before, but as I got older this pain became familiar, maybe even bearable. It was the continuing pain of my ancestors. I recall my mom told my fourth-grade teacher and it resulted in my classmate getting off with a warning. She got no punishment and I continued to become more obsessed with my reflection. 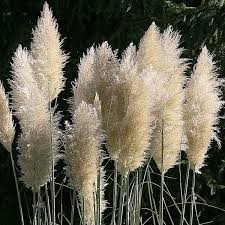 The term “Feather Flower” reminded me of Xochiquetzal, The Precious Feather Flower goodness of the Mexica tribe, also known as the Aztecs by colonizers. Gods and goddesses were blinded with her beauty as she sang love spells to everyone. My school was not affiliated with Xochiquetzal, but I was being descendent of the Mexicas. Yet, what I would’ve done to be as beautiful as she was and feel loved by everyone rather than pushed aside like I was insignificant or despicable.

It was Eurocentrism as it’s finest.

In fifth grade, we begin learning about the Chumash tribe, the indigenous people that lived in Santa Barbara and Ventura county before Juan Rodríguez Cabrillo and came with aspirations of spreading Christianity in 1542- this was before the settlers of Manifest Destiny disrupted their way of life. Like mentioned before, my teacher only taught us what he wanted us to know. Instead, we learned a sugarcoated lesson about the tribe. I keep thinking Where are they now? Did they just disappear? We begin watching a PBS video that helped us connect what we learned visually. After five minutes of the video, the narrator began describing a Chumash family. I observed the image of the family as they appeared on the black and white screen. The father had stood prideful with his headpiece wearing cowhide around his waist like an apron. The mother had long hair and wore a dress made of animal skin, possibly cowhide too and displayed a serious expression. Then, there was a young girl who had long hair and a dress staring blankly at the screen, as if she was staring at her reflection. I was quickly mesmerized by her because she looked oddly familiar.

“That girl looks like Stephanie” my classmate whispered behind me.

“She does!” another peer said.

I turned to look at them. They weren’t teasing me, which was a first. Instead, they looked at the screen in awe and I smiled at that. Finally, people that sort of look like me on the screen. Then I thought, Why do I look Native American? I’m Mexican?

It was the Mestizaje of natives, Africans, and Spanish that created the new race entitled Mexican. When the southwestern states of the U.S were apart of early Mexico, most of the inhabitants were all indigenous tribes. Right.